Darkness is bound for the shores of Europa and poised to leave the continent in shadow as the swirling doom of Finnish lords Dark Buddha Rising coagulates with Colorado’s answer to Cascadian greatness Wayfarer.

With Svart Records recently re-releasing the band’s Black Trilogy (Ritual IX, Entheomorphosis, and Abyssolute Transfinite plus the first recording I) AND the release of the sumptuous II EP via Neurot Records, 2018 was a marked 12 months for Dark Buddha Rising. It was a year topped off with the Roadburn-exclusive collaboration with countrymate’s Oranssi Pazuzu, performing under Waste of Space Orchestra to unleash the Void Monolith (itself getting a studio release next month). With their smouldering hallucinatory visions Dark Buddha Rising’s tribalism bursts through the remnants of a dying world with unparalleled intensity. One can only imagine just how mind-shattering their blackened low-end, glacial grooves and psychedelic spectacle will warp consciousnesses on stage…

Joining them are one of the finest atmospheric black metal bands to emerge from the American mid-west: Wayfarer released their third album, the aptly named World’s Blood, back in May 2018 through Profound Lore to much critical acclaim, and will be touring the album as part of the “Ghosts Across Europe” tour, which will also seem them headline past the closing date with Poland’s Entropia in tow. Few bands can be said to pick up The Mantle (ahem) of Agalloch, but rest assured Wayfarer are well on their way on filling the void the former’s departure left us.

Set to be a droning affair not to miss, be sure to catch them on either of their 12-date stranglehold together! 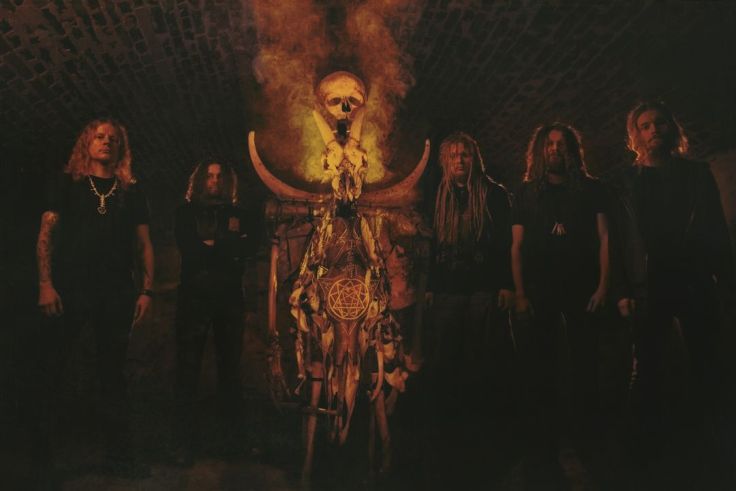 The tour dates are as follows: