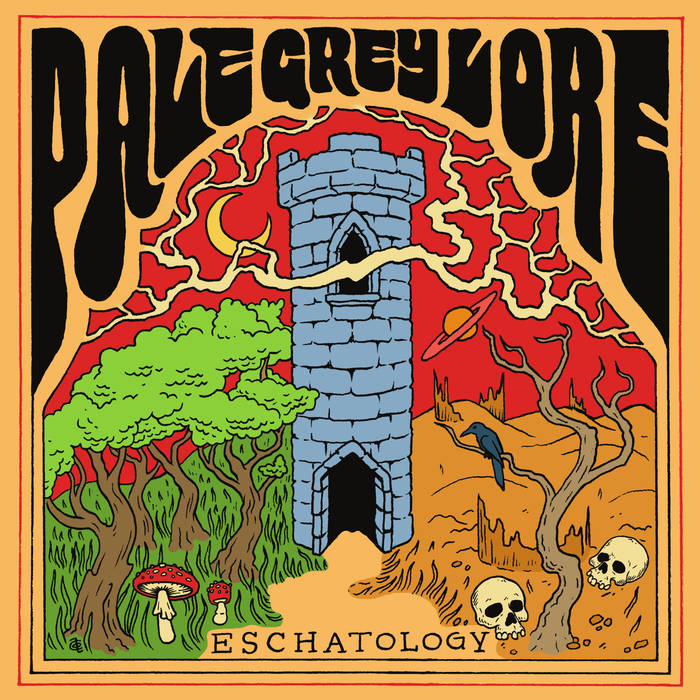 Evolve or die – such is the lay of the land. Too bad the human race is doomed to negate such a simple yet fundamental rule, singlehandedly ushering in the new era of chaos and ruin. Lucky for us we currently exist in an age where spiritual bards like Ohio’s Pale Grey Lore have a knack for blending dystopian visions with insanely enthralling garage-psych frequencies for us all to tune in to; what’s more, your four grandiose storytellers have chosen the path of (well, sonic) evolution instead of the one leading to demise with proggy experimentations which punctures the surface of their new song ‘Sunken Cities’, set to open their second record Eschatology.

Jumping on board the USS Small Stone Records to transmit one hell of a sci-fi odyssey come September 6th, Pale Grey Lore have pushed themselves with the kind of forward thinking needed to survive and be heard. Fuzzy, bold, and far beyond primitive, ‘Sunken Cities’ doesn’t just open the portal to this futuristic exploration but blasts the doors clean off, inescapably sucking us deeper towards its underbelly of riffing-goodness, where lies a paradoxical realm both boundless in space yet severely lacking in it. Constant twists catch us off-guard whilst throwing us around like a ball in a squash court; rendering us breathless yet somehow reinvigorated, we’re left wanting so much more. It’s quite a cruel tease really, leaving us to bake in the scorching heat of summer (he says peering out the window to see the pale grey of the British skies), leading us closer to the brink of of the inevitable before entrusting us with the fate they so lovingly chose for us. Given other upcoming releases dealing with human collapse this is set to be by far the most colourful and enjoyable predictions of the year.

You can preorder Eschatology here.

You can also here the eponymous debut record here.